Twas the 23rd Night Before Christmas 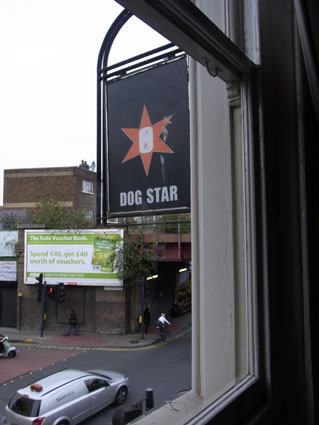 Twas the 23rd night before Christmas and all through the Dogstar
PEPOMO (in association with Propeller Island) were throwing the ‘Westward Bound’ Christmas Party, with acts from near and far. 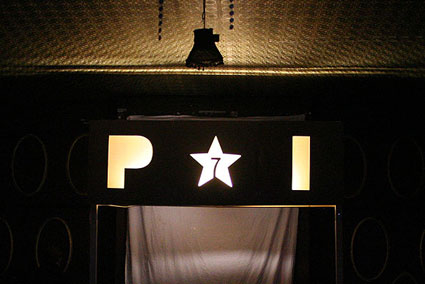 A giant light-box made by artist Jamie Dyson graced the stage, 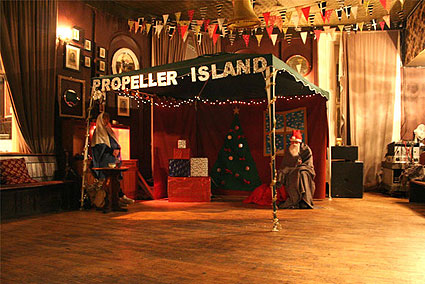 whilst near the bar stood MC Santa’s grotto, built by PEPOMO elves on minimum wage! 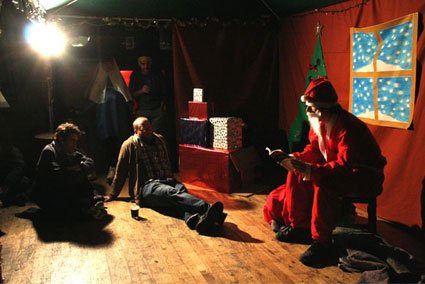 The ‘children’ gathered round to hear MC Santa read
from Chapter 7 of Jules Verne’s Propeller Island, inspiration for the event indeed. 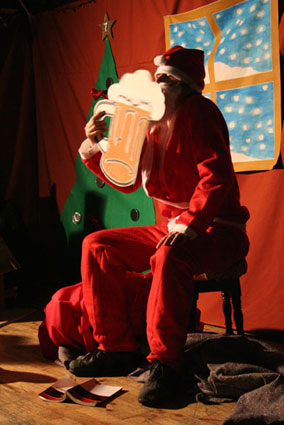 Twasn’t long before MC Santa had worked up a thirst, 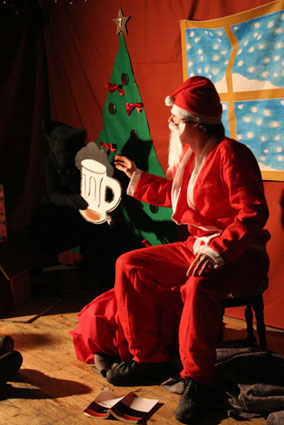 and drank till he was almost fit to burst! 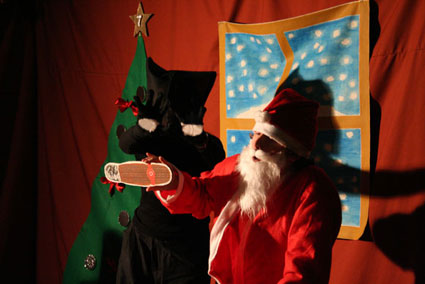 He proclaimed: “This smoking ban is just for fools!
In MC Santa’s house MC Santa makes the rules!” 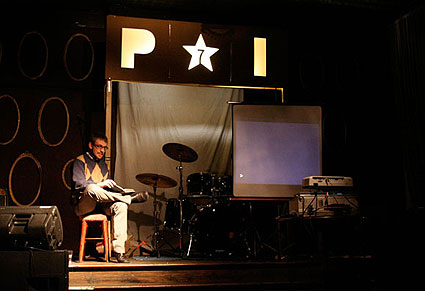 Then Jonathan Trayner performed ‘Tales of the Woodland Folk – Ignorance or Terror’ in front of the throng, 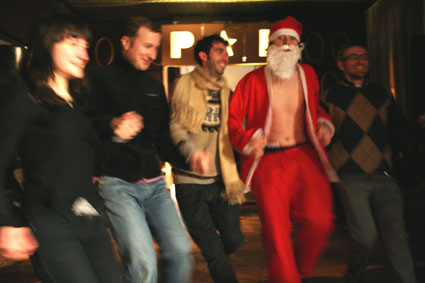 followed by MC Santa who led a dance to the Hokey Cokey song! 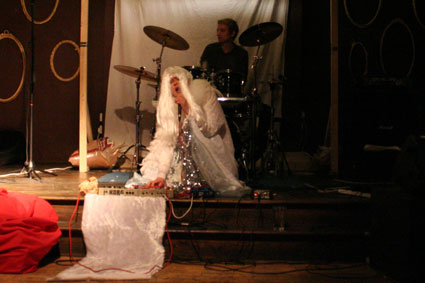 Samantha Taylor swept in, every bit the Snow Queen,
with effects pedals making sounds from harsh through to serene. 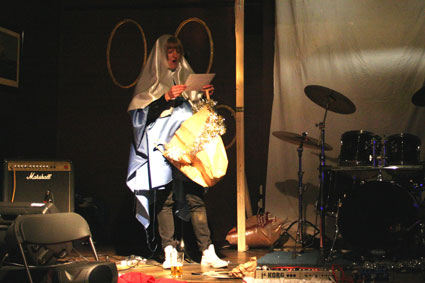 Followed by Katharine Tolladay in her Virgin Mary guise, 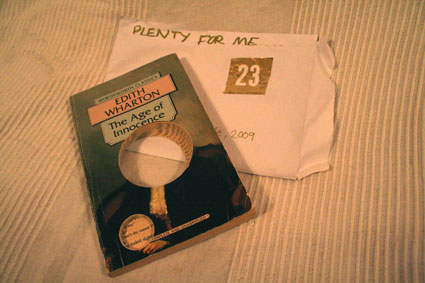 who held a raffle which afforded many a prize. 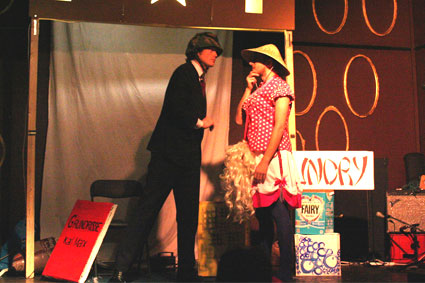 Jarrod Sanderson presented a pantomime inspired by Aladdin and the Magic Lamp, 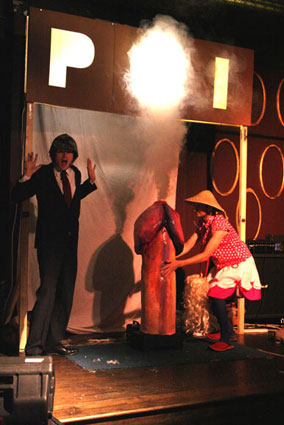 with a smoke-spewing penis, the epitome of high camp! 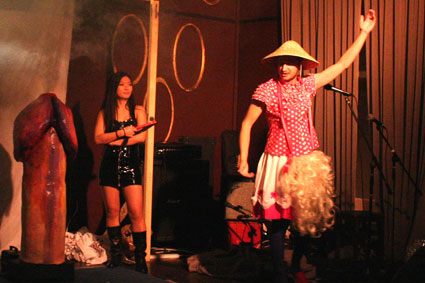 A genie clad in a pvc suit, 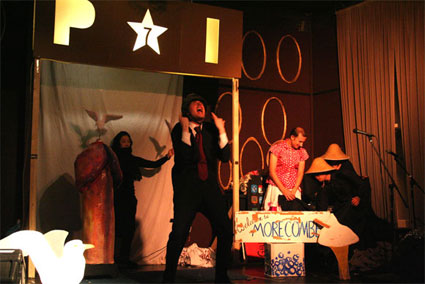 and a war-mongering Abanazar, what a brute! 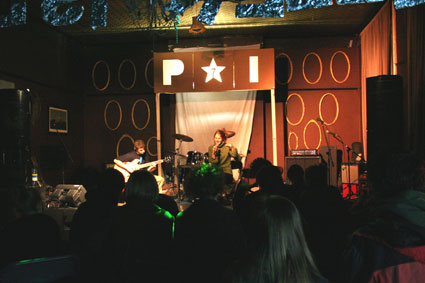 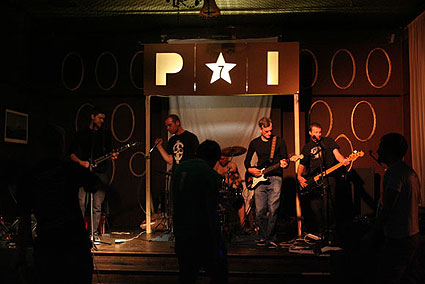 Then Ragworm rocked out hard and heavy,
to a moshing crowd high on many a bevy. 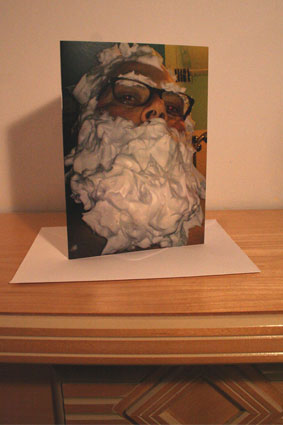 Christmas cards were handed out by Phil Wilson-Perkin,
wonder if he also had a shaving foam merkin?

Thanks to everyone who came for making PI7 totally out of sight,
“Happy Christmas to all and to all a good-night!”

This entry was posted in PROJECT. Bookmark the permalink.

One Response to Twas the 23rd Night Before Christmas